Jussie Smollett Got Pretrial Diversion. Can You Get It Too? 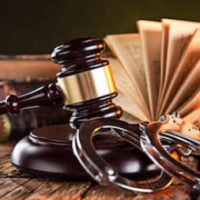 Since the ongoing Jussie Smollett saga has moved to the court of public opinion, now is a good time to look at what happened to his criminal charges.

In January 2019, Smollett, who is a TV actor, claimed that two white men used homophobic and racial slurs as they physically assaulted him. After they investigated the matter, Chicago Police Department officers concluded that Smollett staged the attack himself to raise his public profile. A grand jury charged Smollett with multiple “felony” counts for the disorderly conduct offense of filing false police reports about this alleged attack- over and over.

Then, in rather stunning and unexpected fashion, Cook County District Attorney’s office headed by Kim Foxx who had recused herself from the case, offered pretrial diversion to Smollett. The office agreed to drop the charges if Smollett forfeited his $10,000 cash bond and his prior community service was recognized as satisfaction.

Prosecutors typically offer pretrial diversion in non-violent misdemeanors, such as drug possession or theft, if the defendant has no criminal history. However, the public is not used to seeing a high profile pubic pretrial diversion for a felony case- even though these programs exist- more on that later about my home state New Jersey. So, it’s easy to see why so many people were upset over the outcome of Smollett’s criminal case because felony charges for a disorderly conduct offense were dismissed. Usually a disorderly conduct charge is an illegal “offense” under law but not a “crime” under state law.  Modern criminal codes use ‘disorderly conduct’ in place of low-level misdemeanors. The distinction is important in most states that have pretrial diversion allow diversion some programs only allow diversion for such low-level offenses or misdemeanors. Every state labels crime under state statutes differently. For instance, in NJ, offenses are not crimes; Crimes are considered 1st, 2nd, 3rd, 4th degree charges. The words felony or misdemeanor are not used.

I am not going to get into the specifics of the validity of the Smollett action, except to say it was my opinion this case was overcharged by using the restatement of the alleged assault each time it was made by Smollett to the police a new crime. That in Illinois they have this felony for a disorderly conduct offense, because usually in such conduct that is just disorderly (like a low-level misdemeanor), a defendant could get diversion with a fine up to 10K for such conduct.  Finally, I would just note that I wish the outrage the public has expressed here should at the very least equal to the outrage that is expressed about wrongful conviction cases across the United States where prosecutors have found to have withheld exculpatory evidence.

That aside, it is important that pretrial diversion whatever its which varies by state, be used to relieve the use of court resources, give people a second chance for minor infractions, offer a way for prosecutors to allow those questionable cases to be dismissed, and achieve justice.

Program requirements vary by jurisdiction. And there are different types of pretrial diversion. For instance, in New Jersey, minor drug cases can get dismissed with a program called conditional discharge.

There is also a Pretrial Intervention Program- PTI -for first time felony charges.

In New York state one type of pretrial diversion is called an adjournment in contemplation of dismissal (ACD). If for instance, the defendant gets in no trouble for 6 months, the charges are dismissed.

If an attorney can frame a case in a way that resonates with a prosecutor, a positive result is much more likely.