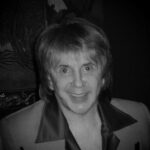 Statement of Linda Kenney Baden, Esq. on the Death of Phillip Spector

This morning I learned of the passing of Phillip Spector. As most of you may know, Phillip was a musical genius, who was a songwriter, musician and record producer who developed the Wall of Sound. He was also my client. During the time I represented Phillip, I was able to get to know both… Read More »

source: https://lawandcrime.com/high-profile/aaron-hernandez-defense-attorney-saw-signs-of-possible-brain-damage-during-murder-trial/ One of the lawyers who helped acquit former NFL player Aaron Hernandez of murder charges said Monday that her late client exhibited symptoms during his trial which might be attributable to the degenerative brain disease CTE. Criminal defense Attorney Linda Kenney Baden made the revelation during a Monday appearance on the Law&Crime… Read More »

On February 20, 21 and 22, 2018, I presented in front of the American Academy of Forensic Sciences annual meeting in Seattle, Washington.  The Academy is composed of over 6,000 members that actively practice forensic science. I first spoke at the Tuesday workshop with the presentation entitled “Tapestry of Trials — the Aaron Hernandez Case.”  The following day, I… Read More »