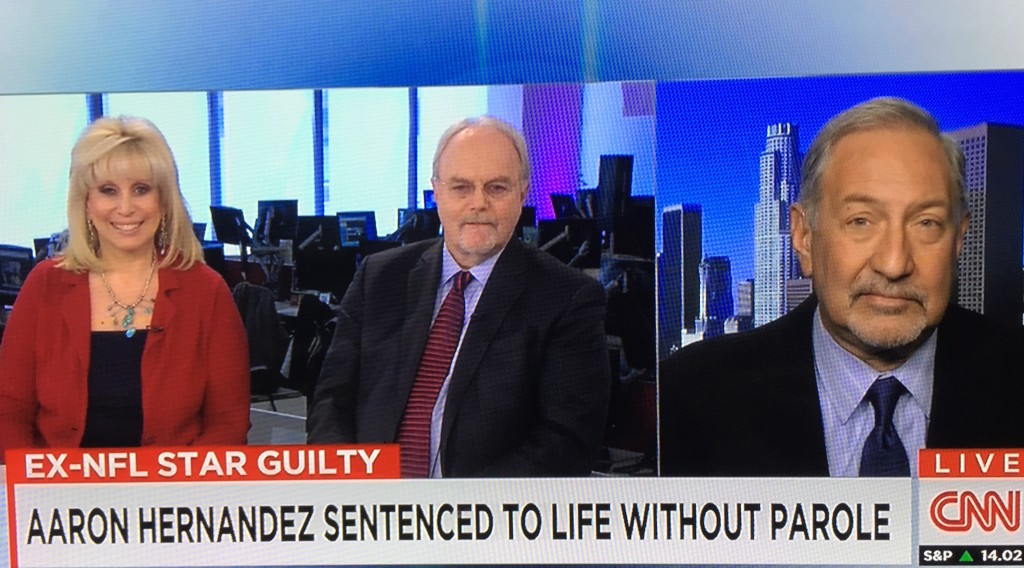 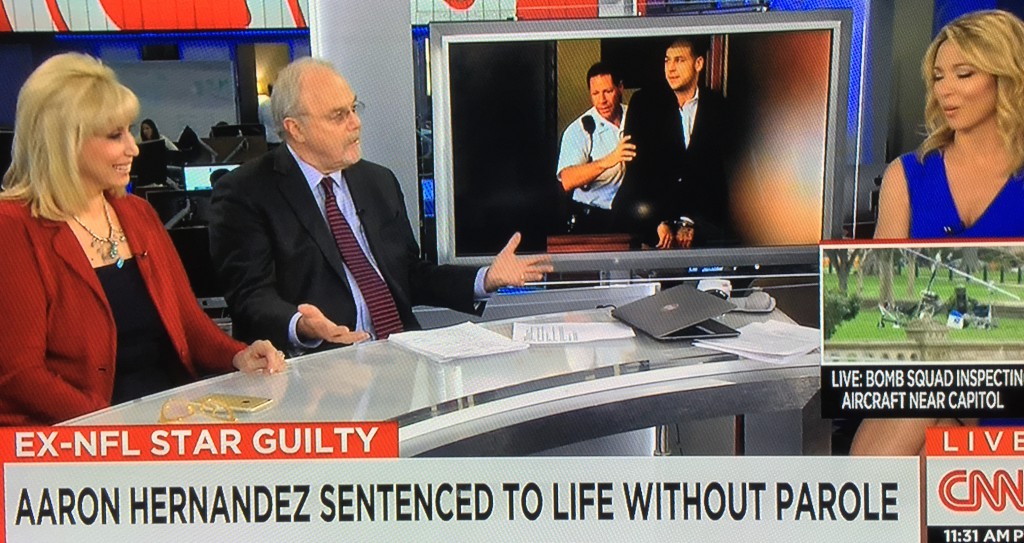 I appeared on CNN April 15, 2015 at 2pm to discuss the murder 1 guilty verdict in the Aaron Hernandez trial. The jurors found that the murder was committed with ‘extreme cruelty or atrocity’- that Hernandez showed extreme indifference or took pleasure in death of Odin Lloyd, the degree of suffering to the deceased, the amount of injury to the deceased, the manner of force, the nature of the weapon and other concepts. Did his lawyers defend him properly? Did they make a big mistake when they admitted he could have been holding a gun in his house instead of bringing in an object from the house that would look like what he was holding? Did they fail from the beginning by letting him appear with tattoos and handcuffs hanging over the jury rail? Did they wait too long by waiting until summation to say Hernandez was at the homicide scene? Should Hernandez have taken the stand?