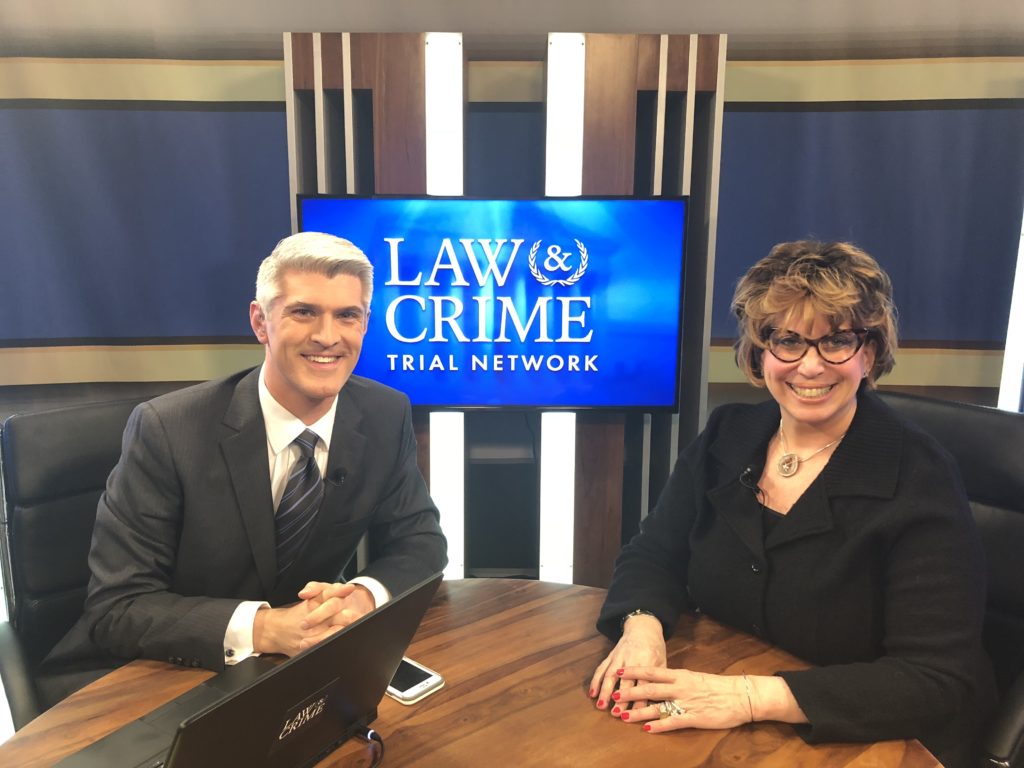 One of the lawyers who helped acquit former NFL player Aaron Hernandez of murder charges said Monday that her late client exhibited symptoms during his trial which might be attributable to the degenerative brain disease CTE. Criminal defense Attorney Linda Kenney Baden made the revelation during a Monday appearance on the Law&Crime Network.

“All of us on the defense team are still traumatized by what happened to Aaron at the very end, because we all got very close to him,” Baden said. “He wasn’t the monster people want to make him out to be. Aaron was very kind to his [defense] team, and we felt that the Aaron that we knew was a different person than the Aaron who had been portrayed.”

A jury acquitted Hernandez in 2017 of the murders of Daniel de Abreu and Safir Furtado in Boston, but convicted him of a gun possession charge in relation to the case. The state’s case was plagued by suspicions that the authorities didn’t find the actual murder weapon and by the questionable veracities of key state witnesses. Despite the nearly total victory, Hernandez was soon found dead in his prison cell in what authorities said was a suicide. Boston University doctors examined the 27-year-old’s brain and determined it was the worst example they had ever seen of chronic traumatic encephalopathy, or CTE. According to more recent court documents, Hernandez had the brain of someone forty years older. “The doctor at the CTE center in Boston said the worst brain he had ever seen was someone who left playing football at 24 years old,” Baden noted, referencing Hernandez. “He was 27 when he was died.”

Hernandez’s status as a CTE patient was not known during his 2017 trial. Baden said the defense team, which also included Jose Baez and Harvard Law Professor Ronald Sullivan, was focused on the legal issues presented in the case. Looking back, though, she said a few of Hernadnez’s actions and behaviors make sense with the information we now know about his medical status.

Baden said Hernandez exhibited “some losses of memories,” “actions that people interpreted as being not appropriate,” and an “inability to formulate words” during the 2017 double murder trial. None of that would have been evident to jurors or to people watching the case, because Hernandez did not take the stand.

Baden cautioned, however, that nothing she noticed could be interpreted “to say that he was a murderer.” Baden, who sat next to Hernadnez “through the whole trial,” said she “had the most contact with him” out of anyone on the defense team. “We knew Aaron as very kind,” she said. “We saw him in a different light from the media persona that swirled around Aaron.” She also said that “Hernadnez loved Shayanna [Jenkins Hernandez, his fiancée] and his daughter more than anything in the world; that little girl was the star and the light of his life.”

parkinsonism, and, eventually, progressive dementia,” according to a primer on the Boston University website. The condition is attributed to repetitive brain trauma. It has been linked to people who work in rough fields, such as football. It can only be diagnosed by brain scans after the patient’s death.

Before being tried for murder in 2017, Hernandez had previously been convicted in 2015 of killing Odin Lloyd. Baden, the defense attorney, said the defense team was confident that an appeal would have reversed that conviction, but Hernandez died before the appeal took traction.

After his death, Hernadnez’s daughter filed suit against the NFL and the Patriots for loss of parental consortium. She alleges Hernandez’s CTE was a direct result of his football career. She seeks to recover compensatory damages, punitive damages, attorney’s fees, costs, and interest.

Alberto Luperon contributed to this report.