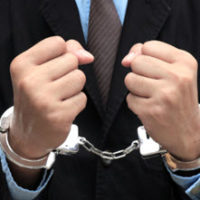 As the federal investigation against him heats up, President Donald Trump’s attorney has hired new legal counsel to help deal with the next criminal procedure phase.

In April 2018, law enforcement seized over 3 million documents from Michael Cohen’s home and office in New York. A team of lawyers is currently reviewing those documents to see if the attorney-client privilege applies to any of them. One that review is over, prosecutors may ask a grand jury to indict Mr. Cohen. So, he retained former Southern District of New York prosecutor Guy Petrillo to serve as legal counsel. Mr. Petrillo is now with the New York firm of Petrillo Klein & Boxer LLP.

Mr. Cohen, who has not been charged with a crime, is under scrutiny for a $130,000 hush money payment he supposedly made to Stephanie Clifford (Stormy Daniels) in 2006.

High-profile cases like the Cohen case often involve extensive investigations. Government lawyers usually subpoena documents for a grand jury to review or subpoena witnesses who will testify about criminal activity. The burden of proof is very light. The prosecutor only needs to establish probable cause that a crime was committed. Legal defenses, such as the statute of limitations, are immaterial at this point as well. Given the low burden of proof, and the fact that the state has invested heavily in the investigation, it’s almost impossible to stop an indictment.

In most cases, defendants have about as much success “talking their way” out of grand jury indictments as they do of talking their way out of police arrests. Roughly the same rules apply in both cases. Officers only need reasonable suspicion to stop a defendant’s car. Under current law, “reasonable suspicion” is essentially an evidence-based hunch. Thereafter, officers only need probable cause to arrest a defendant.

In both these cases, it is possible to challenge the reasonable suspicion or probable cause in court. Search warrants and subpoenas are often defective, and the “evidence” which officers collect is sometimes so flimsy it flunks the probable cause standard. But people should always leave the legal arguments to the lawyers. Talking back to the police officer, even if you are polite, usually only makes things worse.

One the case goes to court; the burden of proof goes through the roof. Prosecutors must establish guilt beyond a reasonable doubt. That’s the highest standard of evidence in New York. Essentially, the prosecutor must produce overwhelming evidence of the defendant’s guilt.

Some people may remember the O.J. Simpson murder saga in the 1990s. Although the police collected a large amount of circumstantial evidence, it was not enough to convince a criminal jury that Mr. Simpson was guilty. Sometime later, a civil jury heard much of the same evidence (with the exception of the Bruno Magli shoes) and declared that Mr. Simpson was legally responsible for the double murder. That’s primarily because the burden of proof is much, much lower in civil court.

Very few New York criminal cases go to trial. The vast majority — over 90 percent by most counts — are resolved by plea bargain. Such pretrial settlements usually involve a lesser sentence, a lower charge, or other incentives.

Although the prosecutor’s burden of proof is high, trials are very risky. Plus, the wait for a trial date could be several months or even much longer. So, it is usually in the defendant’s best interest to plead guilty.

Since Mr. Cohen’s case is a federal one involving the current POTUS, it will be interesting to see if the criminal or the political will steer the case to its final resolution..