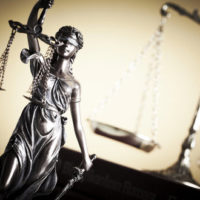 The 55-year-old former outfielder claimed that the Uber driver drove recklessly and locked him in the car. “He kidnapped me,” Mr. Dykstra told police officers. No charges were filed against the driver, but Mr. Dykstra did file a false imprisonment lawsuit in a Linden municipal court. When officers searched Mr. Dykstra’s bag, they found marijuana, drug paraphernalia, and cocaine. Then, when they questioned the Uber driver, the 47-year-old Roselle resident said Mr. Dykstra became angry and told the driver “take me to Staten Island or I’ll blow your f—— head off.” No gun was found. Nevertheless, police arrested Mr. Dykstra on various charges, including drug possession and making a terroristic threat.

Since his playing days ended, Mr. Dykstra has served time for money laundering and bankruptcy fraud.

Prosecutors like physical evidence. It’s much easier to carry a high burden of proof with evidence that’s not subject to interpretation. DUI cases are a good example. Even before the per se law came into effect, the conviction rate was much higher in test cases than in non-test cases.

However, not all physical evidence is created equally. As discussed in a previous post, tire tracks, footprints, and other such “evidence” have little scientific basis.

But such evidence rarely comes up in New York criminal cases. Drugs seized from the scene, chemical test results, and video camera surveillance footage are much more common. Each category presents its own problems.

All physical evidence must also meet chain-of-custody requirements. If there is a gap, there is literally no way to tell what happened to the evidence during that period.

Most police officers are essentially expert witnesses. Usually, they have testified in court on hundreds or thousands of occasions. Furthermore, although they technically do not get paid to testify, many officers receive overtime pay for court appearances.

But New York civilian witnesses are different. The vast majority of these individuals have never seen the inside of a courtroom, much less given testimony under cross-examination and in front of a jury. Furthermore, especially if the pretrial process drags on a while, many lose interest in the case. They may even move outside the range of the court’s subpoena power.

These witnesses are often necessary in assault, theft, and some DUI cases. If the defendant is charged with a DUI collision, there must be a non-police witness who can “wheel” the defendant (place the person in the driver’s seat while the vehicle was moving).