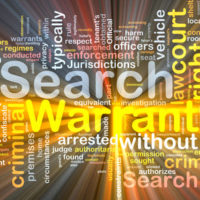 Almost all criminal cases which rely on physical evidence, such as drug cases, involve search warrant exceptions. If the arrest was the culmination of a months-long investigation, there may be a search warrant involved. But generally, New York police officers are not going to wait for warrants if they think that people may have drugs or other contraband.

Such seizures are presumptively illegal under the Fourth Amendment. But prosecutors can rebut this presumption rather easily. They just need to shoehorn the evidence into one of the recognized search warrant exceptions. Below are the most common ones.

If the defendant gives permission to search a building or vehicle, the officer can almost literally tear the location apart in a search for contraband. The search is legal even if the person did not have authority to give consent. Apparent authority, like a roommate who is not listed on the lease, is usually sufficient.

Lack of authority is sometimes an issue in New York vehicle searches. In most cases, an officer cannot reasonably conclude that a passenger owns the vehicle. The passenger certainly does not have the authority to allow a search of a locked glovebox or some other container. Other than that, however, consent searches are difficult to defend. Even if the officer pressured the defendant into giving consent, the search is probably still legal.

Officers may seize anything that they see in plain view. That also includes anything they feel in a pat-down search for weapons.

The law is uncertain as to what constitutes “plain view.” For example, if an officer sees what looks like a pistol grip protruding from underneath a seat, that item could be a real gun, a BB gun, a broken gun, or something else entirely. Or, what looks like powder cocaine could actually be powdered sugar. In New York, if the officer has reason to believe that the item is contraband, the evidence is usually admissible in court.

If officers respond to an emergency call, such as a report of shots fired, they can enter the dwelling and inspect it. While there, they may seize any contraband they find in plain view.

This exception has been quite controversial recently in New York City. For a while, NYC allowed officers to stop people and search them for weapons almost indiscriminately. In 2011, officers stopped almost 700,000 people in this way. Most of them were nonwhite males under 25. In 2013, a federal district judge ordered the city to revise the policy.

Under federal law, officers must have reasonable suspicion to detain people for pat-down weapons searches. This standard was already quite low, and the United States Supreme Court has lowered the bar even further in some recent decisions. Still, if the officer had no facts whatsoever but only a “gut feeling” that something was amiss, the search is probably illegal.