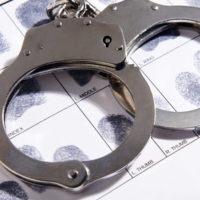 The overall crime rate has dropped, but anti- Semitic crimes have increased 22 percent since 2017.

NYPD Police Commissioner James O’Neill offered few explanations for the sudden rise. However, he did say that the department was “concerned” about the increase and that “none of it will ever be tolerated in New York City.” Most of the reports involve spray-painted swastikas and similar events. In one incident, someone threw a pipe bomb into a synagogue. The bomb did not explode and no one was hurt. The news is mixed regarding other ethnic groups. Possible hate crimes against whites doubled (from eight to fifteen), attacks against blacks increased slightly, and attacks against Muslims decreased significantly.

Authorities announced the new anti-Semitic hate crimes figures on the 80th anniversary of Kristallnacht (“the night of broken glass”), when Nazis brutally killed hundreds of Jews and destroyed hundreds of Jewish businesses.

Most jurisdictions, including the Empire State, passed hate crimes laws in the mid and late 1990s. These laws may have been a response to the Los Angeles race riots in the early 1990s. That incident, and the events leading up to it, made it obvious that there was still a lot of work to be done regarding civil rights. So, public pressure to pass anti-hate laws was significant.

The problem is that “hate” is rather difficult to define. Furthermore, “hate” is a relative concept. What some people consider hate crimes are ordinary crimes to other people. As a result of this uncertainty, some states passed laws that punished racial or other animus. But these laws are difficult to enforce. Other states, like New York, passed laws with more generalized language that are easier to enforce. But these laws are often unconstitutionally vague.

New York’s hate crime law is rather unique in that “hate” is not an element of a hate crime. Instead, it targets people who select a victim because “of a belief or perception regarding the race, color, national origin, ancestry, gender, religion, religious practice, age, disability or sexual orientation of a person.” In New York, sexual orientation usually includes transgender individuals.

Assume a mugger targets women because he believes they are weak and unable to fight back. The mugger could be charged with a hate crime under Penal Law 485.05. He targeted the victim because of a belief or perception about that victim.

This exercise is not just theoretical. Several years ago, one New York district attorney’s office prosecuted elder theft crimes as hate crimes, to elevate these offenses to felonies. The prosecutor’s rationale? These defendants intentionally selected older adults because they believed older people were easy to fool.

Despite the law’s vagueness and elasticity, courts have consistently held that the hate crimes law is not unconstitutionally vague. That’s probably because it is an enhancement and not technically a separate criminal offense. Moreover, the statute lists the offenses which are subject to enhancement.

So, attacking the underlying offense is a much better strategy. All the normal defenses are available. Most hate crimes offenses are either property crimes (e.g. vandalism) or crimes against people (e.g. murder and aggravated assault). Property crimes are often difficult to prove beyond a reasonable doubt, unless the defendants looked directly into security cameras or bragged about their crime to others. Crimes against persons often involve self-defense claims. New York’s self-defense law is surprisingly broad, so this defense is often effective.  But as a private criminal defense lawyer, one has to decide if you wish to defend these cases.