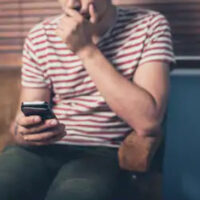 NYPD Chief of Detectives Dermot Shea said the department’s new CS-NYC app would help officers “connect to the public, and get more and more people involved, get the store owners involved, the parents [involved, and] the people that live and work in the communities [involved]” in law enforcement matters.

Since Crimestoppers began in 1983, anonymous informants have provided tips in over 5,600 cases. The NYPD has fielded some 3,000 Crime Stoppers tips in 2019, according to officials. The app, which cost the city less than $3,000 to develop, allows tipsters to send text messages and also transmit video or photographs.

For much of the 20th century, the Supreme Court used a complex test to ascertain a tip’s reliability in criminal court. So, New York judges had to use the same approach. But the Court recently abandoned the so-called Aguilar-Spinelli test in favor of a more flexible approach which gives judges more discretion.

As a result, it is easier for prosecutors to establish a tip’s reliability. However, the new approach also makes it easier for New York criminal defense attorneys to create reasonable doubt.

Most tips fall into one of three categories. Anonymous tips are almost always unreliable, especially if they are uncorroborated. If the tipsters are not willing to vouch for the information they provide, there is no reason for the judge to give it additional weight.

Informer tips usually involve monetary or other compensation. Some people will do or say almost anything for love or money, so informer tips are always at least questionable. The financial compensation could be tens of thousands of dollars, especially in large multi-jurisdictional investigations, like drug trafficking or human trafficking.

Other informers receive lenient treatment, such as the dismissal of charges, if they cooperate with authorities. The information they provide is questionable, especially if there is no way to substantiate it. It’s easy to verify a tip like “the money is buried here” and harder to verify a tip like “Jake robbed the bank.”

Law enforcement tips are almost always reliable. These situations sometimes come up in traffic stops. If Officer Bill sees Susan speeding, Officer Bill can radio ahead to Officer Beth. Beth can then pull over Susan and write her a speeding ticket, even if Beth did not see Susan speeding.

All tips must stand or fall on their own. If the tip was not legally valid, anything which happens later, including the arrest and any evidence seized, is fruit from a poisonous tree and therefore inadmissible in court.

On a similar note, there are often issues with eyewitness testimony in court. Tipsters are often biased, and witnesses are often mistaken. Sexual assault cases are a good illustration. Many times, the victim, who may have been intoxicated, only got a partial view of the assailant in a dimly-lit room.

Words make a difference as well. If officers do not tell witnesses that the suspect may or may not be in the lineup, some witnesses feel pressured to pick someone who looks familiar.