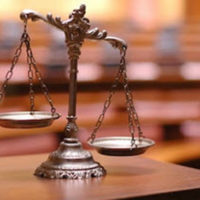 Publishing private photographs with the intent to harm another person is now illegal in New York.

Elements of the Offense

Anti-pornography laws are often very vague, because pornography is subjective. In a 1964 case, Supreme Court Justice Potter Stewart famously wrote that although he could not define “pornography” in a legal sense, “I know it when I see it.” The subjective nature of the law has evolved some since then, but it has not evolved very much.

Some of the lines are already blurry. Add a powerful emotion like revenge, and consider the fact that there was probably some alcohol involved when the pictures were taken, and the picture becomes even less clear.

The result is a law which forbids the “dissemination or publication of an intimate image when done with the intent to cause harm to the emotional, financial, or physical welfare of another person and when the image was taken with a reasonable expectation that the image would remain private.” Such a rambling and uncertain law often invokes the vagueness doctrine. Laws are unconstitutionally vague if:

However, the Level One designation is not a gimme. If the facts were particularly bad, or the defendant had any prior criminal history in this area, a Level Two designation is probably forthcoming. These individuals must publicly register, and as a result, they face significant employment, residency, and other obstacles.

After one year, a defendant may file a request for modification. Based on the current facts, such as a favorable psychological evaluation and no further infractions, the judge may reduce the requirement from Level Two to Level One. The state may also ask for an increase once a year.

After 30 years, Level Two offenders may petition for removal. The judge usually grants these petitions if the facts are reasonably favorable and the defendant is not a sexually violent offender, sexual predator, or predicate sex offender.