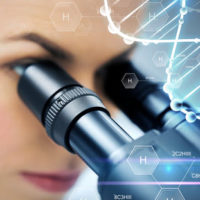 Massachusetts’ Supreme Judicial Court has already thrown out 11,000 drug convictions that a disgraced chemist handled, and that number may only be the beginning.

In 2014, former state chemist Sonja Farak pleaded guilty to evidence tampering charges. She was a lead investigator in Amherst’s methamphetamine lab between 2009 and 2013. According to court documents, as early as 2004, Ms. Farak began stealing meth oil to feed her growing addiction. By 2009, she was smoking crack cocaine several times a day, falsifying computer lab entries, and stealing police drug evidence. Two prosecutors who may have known about the tainted drug evidence have been reassigned to other state agencies.

Civil rights groups urged the SJC to expand the ruling. Since Ms. Farak had unrestricted access to the crime lab during these years, every case is now tainted, they say. That could amount to almost 50,000 prosecutions.

DNA evidence, mostly from bodily fluids, is highly reliable in criminal cases. If done correctly, these tests are the gold- standard of reliability- that is they are hardly ever wrong.

But when it comes to other types of science, that’s not the case. That’s especially true with regard to things what is called comparative science, where one person can make an opinion, based on the subjective “standards” that the person uses such as bite-mark, hair match, blood spatter, tool-smark identification, fingerprints, etc. –the list goes on and on.

Forensic odontology (dental samples) is a good example.  While forensic odontology is great for identifying victims of mass disasters, for instance, when dentists have ventured outside their expertise into the area of bite mark comparison, it is clear to many this is junk science as it has been used in the past. Many wrongful convictions occurred because of forensic odontology bite mark testimony. But now, the U.S. Immigration and Customs Enforcement Agency (ICE) has begun using this technique to verify ages of undocumented immigrants. Many individuals come to this country without birth certificates. So, there is no easy way to verify claims that they were under eighteen when they entered the U.S. ICE says forensic odontology is a valid technique, but others aren’t convinced. This method usually only generates an age range, perhaps between 17 and 28.

One prominent attorney said it was “asinine” to use this evidence in court.

Perhaps more disturbingly, ICE may be tricking people into providing samples. For example, a man might come in for what he believes to be a routine dental examination. But in reality, the dentist later uses the X-ray to perform a forensic odontology analysis.

The problems with ICE’s use of forensic odontology also offers insight into the two main ways to counter this “scientific” evidence. This exercise is important, because most New York jurors give greater weight to this kind of evidence.

Challenging the results is one avenue. This technique is often successful. For example, a criminal defense attorney could partner with an expert witness who debunks the science. Or, an attorney can highlight the method, so the jury sees how many moving parts are in the analysis.

Much forensic evidence requires a search warrant. Warrants must be based on probable cause. Many times, this probable cause comes from a paid police informant. Such information is inherently suspect. Other times, police rely too much on their own instincts. That’s acceptable in reasonable suspicion situations. This is the standard used in initial police contacts, like pulling over a motorist. But probable cause is much tougher. Sometimes, the evidence simply isn’t there.