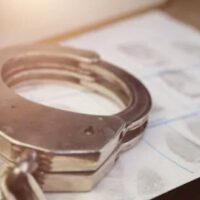 Chief of Department Terence Monahan insisted that street gangs in Brooklyn and Queens are primarily responsible for increased shootings. So, lawmakers are considering two proposals which may give teeth to the NYPD’s “get tough” stance.

In the last year, serious crimes have fallen 3.8 percent in New York City. But shootings have increased 7.1 percent over that same period. Moreover, in East New York’s 75th Precinct, shootings have doubled since 2018. As for the Queens shootings, Monahan described them as “episodic incidents” and “blips on that screen.” Most Queens shootings are not gang-related. Instead, they are often domestic disputes or bar fights which escalate out of control.

S6211 would enhance the penalty for recruiting gang members near schools to a Class D felony. It would also create “gang-free zones” around schools. Designations like these seem simple, but they are often complex.

Schools do not always look like schools. Sometimes, they are in separate buildings or even in mini-malls. Moreover, as defined in the statute, a “school” could include an administrative or tax office where there are no children. Finally, during the summer and at night, schools are just empty buildings.

Additionally, in New York, “zone” designations are usually 1,000-foot areas. That’s roughly the size of three football fields. As a result, the zone includes many spots which are not in view of a school. Moreover, in many densely-populated areas, it is hard to find a corner that’s not 1,000 feet from a school.

The bottom line is that these designations are often overly broad, so a New York criminal defense attorney can often successfully challenge them.

Whereas this law largely makes technical changes, S2410A is much more sweeping.

This measure defines a street gang as “any formal or informal association in fact of two or more individuals identified by a common name, sign, dress, symbols, tattoos, or other mark or markings.” In other words, if two kids dress similarly and engage in any criminal activity, they could face gang-related criminal activity charges.

Fortunately, this law limits gang-related activity to two or more specific incidents which are listed in the statute. So, despite its sweeping nature, S2410A may not be overly broad, unlike S6211.

Neither bill has yet to reach Governor Cuomo’s desk. Senators recently approved S2410A, but the Assembly has not considered it. S6211 is still in committee.

Street Gang Laws: Behind the Scenes

The provisions themselves are not the only controversial parts of these laws. The implementation could be troubling as well.

Did you notice that COD Monahan said the NYPD was focusing on gangs? Chicago was one of the first big cities to use analytics to predict crime locations. So, the NYPD watches people who, in many cases, have either done nothing wrong or have not run afoul of the law in many years.

Additionally, lawmakers intend to fund this surveillance with forfeited money. The Supreme Court recently declared that such policing for profit ran contrary to the Eighth Amendment’s excessive fine prohibition. So, it remains to be seen whether courts would allow this type of funding.