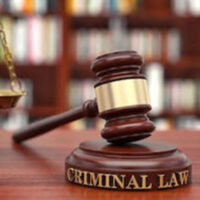 Why is a man facing such serious charges free on bail, and what constitutional protections may make a difference at his trial?

39-year-old Shaun Frazier was babysitting two children when he allegedly made a pass at a 10-year-old child and exposed himself to the girl. She tried to call her parents, but Frazier allegedly confiscated the child’s phone and refused to return it. Following an Internal Affairs Bureau investigation, Frazier was suspended and arrested. Frazier, who is the caregiver for his elderly mother, denied the allegations. “I’m innocent. None of this even remotely happened,” he insisted.

Prosecutors requested $10,000 bail, but Judge Donald Leo ordered that Frazier be released on his own recognizance.

It is almost impossible to initially secure reasonable bail in serious felony cases. The deputy sheriff who administers the jail does not review the case itself. This official only considers the severity of the offense and the defendant’s criminal history. Frazier probably had no criminal record, but the charges against him were disturbing, to say the least.

The arraignment can occur  as early as within a day after the arrest in NY. At this hearing, a judge, and not a law enforcement officer, may reconsider bail. Such reconsideration is usually on the agenda if the defendant is still in jail and the defendant has an assertive New York criminal attorney. The judge may consider a number of factors, including:

Upon release, defendants must adhere to a number of restrictions. Typical conditions include reporting to a bond agent, remaining in the county, and appearing for all pretrial hearings, even if they are just procedural.

The Constitution’s Fourth and Fifth Amendments mostly pertain to pretrial criminal matters, such as the search warrant requirement and the right to remain silent during questioning. The Sixth Amendment covers most of the trial protections in the Bill of Rights. Some of these rights include:

Other Sixth Amendment rights include the defendant’s right to subpoena witnesses, the right to a speedy trial, and the right to be fully informed about all pending charges.