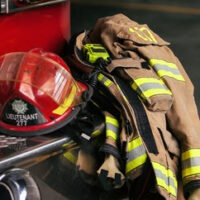 Police arrested 33-year-old Thomas Hinrichs and charged him with multiple sex crimes. According to investigators, Hinrichs met a 16-year-old girl online and had relations with her.

The Rocky Point Fire Department said that Hinrichs had only been on the job three months when the meeting came to light and he was suspended. He remains in jail in lieu of $25,000 bond as police search for more potential victims.

When you read the headline for this blog, your stomach probably turned. Prosecutors count on that kind of reaction in these kinds of cases, especially from jurors. Such emotional responses obfuscate the fact that there are times that  an accused is not guilty. And a criminal defense lawyer’s job involves representing those guilty and not guilty- or not guilty of the highest crime charged.

Special circumstances sexual assaults are also strict liability crimes. Mistaken age is not a defense. Even if the alleged victim lied about his or her age, it’s still not a defense. However, a legitimate mistake about age could be relevant during sentencing.

Online sex crimes present some unique legal issues, particularly with regard to the defendant’s conduct and law enforcement conduct.

Legally, a sex act is not an element of most sex crimes. In many cases, prosecutors can obtain convictions if the defendant took substantial steps toward the commission of a crime. There is a lot of grey area here. Leaving your house to meet an alleged victim probably is not sufficient preparation. Physical contact, on the other end of the spectrum, is definitely enough. Everything else is somewhere in the middle.

Furthermore, online sex crimes almost always involve search warrants. These warrants must be based on probable cause, which often comes from a paid informer. Such information is only reliable if:

Other reliability factors may apply as well, since the Supreme Court allows judges to consider the totality of the circumstances in these situations.

Getting Off the Sex Offender Registry in New York

Sex crimes also have significant indirect consequences. Many times, the registration requirement is worse than the actual penalties. Like many other jurisdictions, New York has a three-tier registration system:

New York law gives offenders the right to petition for reclassification once a year. Such petitions are often successful, especially if the registrant has a favorable psychological evaluation and has had two or three incident-free years. Additionally, registrants may petition to have their names removed altogether after thirty years. That’s a long time, but eventually, this waiting period expires.