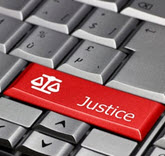 After Kevin Pierre-Louis accepted a plea deal for marijuana possession in Kansas City, the National Football League determined that he violated the league’s substance abuse policy and suspended him without pay for the team’s season opener.

Following a January traffic stop, authorities charged Mr. Pierre-Louis with several misdemeanors; the marijuana possession charge was the most serious one. Several months later, Mr. Pierre-Louis entered into a deferred prosecution agreement. If he successfully completes twelve months of probation, prosecutors pledged to drop the charges. The linebacker currently has an undisclosed injury and he did not play in the Jets’ preseason finale against Atlanta.

Prior to joining the Jets in the offseason, 26-year-old Kevin Pierre-Louis had eighty-four tackles in parts of four seasons with Kansas City and Seattle.

Automobile marijuana possession charges are very common in New York. Officers can detain motorists over something as minuscule as an expired registration sticker or, my personal favorite, a license plate frame that blocks too much of the license plate. Nevertheless, these possession cases are often difficult to prove.

Initially, there are sometimes issues with the search. Before they search vehicles for contraband, officers hardly ever obtain search warrants. So, the prosecutor must rely on an exception.

That’s usually the consent exception in these cases. However, only the owner or apparent owner can give consent to search a vehicle. Typically, the driver is also the owner, and police officers know this. So, if there is a car full of people, officers cannot ask each one for permission until someone says “yes.” While, defense will argue only  the owner has that power to consent, it becomes a factual issue in a hearing if someone else says yes who may have custody and control  over the car.

Moreover, possession is not always easy to prove beyond a reasonable doubt. Under New York law, possession is more than proximity. The state must also establish:

In New York criminal cases, prosecutors must establish possession and every other element of the case beyond a reasonable doubt.

Finally, there may be a variance between the evidence presented at trial and the information in the charging documents. Many police departments assume that all marijuana is the same. But if the defendant lit the joint, some of the stuff inside that joint is marijuana residue as opposed to usable marijuana. So, the state must carefully separate and weight the marijuana. If prosecutors omit this step, their case could have serious problems.

Should I Accept a Deferred Prosecution Offer?

In drug possession and other non-violent misdemeanors, deferred prosecution is almost always available to first-time offenders. If the defendant has a good defense, perhaps one of the ones outlined above, accepting any plea deal, no matter how attractive, might be a mistake.

But there are a number of other factors to consider. Plea agreements end the court proceedings, so defendants can get on with their lives. Moreover, trials are always risky. No matter how good the defense, there is always a chance of conviction.

A third consideration is rather unique to New York. In the Empire State, it is very hard to expunge records, even if the defendant is found not guilty at trial. So, if the prosecutor essentially offers to make the case go away without any record, that’s a powerful incentive to accept the offer.