Did Governor Cuomo Admit To A Federal Crime When He Picked Up An Eagle Feather? 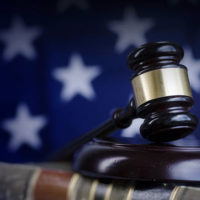 Governor Andrew Cuomo recently said that he picked up an eagle feather from off the ground after the bird “swooped down right next to us with this beautiful, graceful glide.”  Was what was meant to be an inspiring story was actually a criminal confession to a violation of the Migratory Bird Treaty Act of 1918 which protected eagles?

Very few people under limited exceptions can take any part of an eagle, including a single feather. One exception is a person of Native American ancestry of a federally recognized tribe—can possess an eagle feather in the United States for valid tribal religious reasons.  This is known as the eagle feather law. Under federal law, collection by others is punishable by up to a year in prison and a $5,000 fine.  The issue surrounds the word collection.  Federal prosecutors do not need to prove that Gov. Cuomo, or any other possible defendant, knew they were violating the law. They must only prove that they knew the item in question was really an eagle feather.  But does the mere picking up of a feather and putting it back down in a quick transitory act violate the law?

When I was on a white-water rafting trip in Alaska, our group visited an island filled with eagles, from juveniles to adults. There were eagle feathers everywhere on the ground. Our guides were very emphatic that we were not allowed to pick up any feather, and certainly would go to jail if we put one in our backpacks to take home. However, a mere once in a lifetime single act of picking up of a feather and laying in back down on the ground would not likely be considered “collection” under the act that would cause a federal prosecution. But this simple picking up of an eagle feather is illustrative of the problem with laws do not have intent as a basis to commit a crime.

However, that is not what Governor Cuomo said he did. He said he took the feather home and put it on his fireplace mantle. This is collection by possession was illegal.  Any person who violates the Bald and Golden Eagle Protection Act can suffer severe consequences: a year in jail and/or 100,000 fine.

If the feather turns out to belong to a bald or golden eagle (I would require DNA test before any action was taken by the government, or if I repped Cuomo) this collection was improper. However, this mens rea issue is a real issue here and  in other laws.  Was there an intention to knowingly violate the law? The answer appears to be no. This issue is not unique.

Crimes in New York Without a Mental Element

Mens rea is Latin for a criminal state of mind. Actus rea is a criminal act. This second requirement is important as well. For example, the government cannot criminalize drug addiction. Addiction is a status and not an act.

Sometimes, prosecutors do not need to establish a mental element at all. Most of these regulatory offenses are traffic violations. The state does not need to prove that a motorist was intentionally or knowingly speeding; speeding alone is sufficient.

There may be a back-door mental element in these cases. A mistake of law is usually no defense (“ignorance of the law is no excuse”). However, a mistake of fact is a different story. If our aforementioned speeder reasonably thought that the speed limit was 65 instead of 55, the motorist may have a defense.

In terms of jailable violations, DUI is a regulatory offense. A driver’s mental state is completely irrelevant in these cases. Indeed, as outlined below, it may be difficult to legally determine a state of mind. Other alcohol-related offenses, such as public intoxication, are also regulatory offenses. Arguably, the state’s interest in preventing these offenses is so strong that the mental element would be an unnecessary handicap in prosecuting these cases.

The vast majority of New York crimes are intentional offenses. Indeed, many crimes are specific intent crimes. The state must establish that the defendant intended both the conduct and the result.

Voluntary intoxication may be a defense to specific intent crimes. Legally, an intoxicated person cannot form the dual intent necessary. That’s the main reason fatal DUI car crashes are charged as manslaughter cases instead of murder cases. Murder, among other irregularities, is a specific intent crime.

In general intent crimes, the mental state varies among different laws. The most common mens rea requirements are:

The proposed Mens Rea Reform Act would basically end everything other than “intentionally,” but this act only applies to federal crimes.