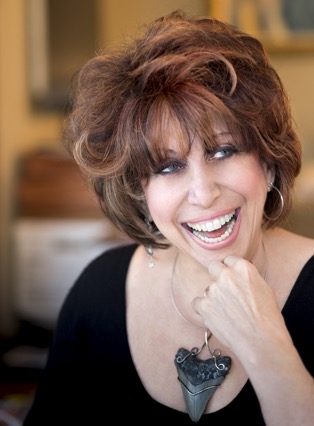 Linda Kenney Baden is a graduate Rutgers School of Law. Following graduation from law school, she served a judicial clerkship with the Presiding Judge of the Appellate Division, Judge John F. Lynch and then entered private practice with the law firm of Meyner and Landis. Ms. Kenney Baden was later Assistant Prosecutor for the Monmouth County Prosecutor’s Office where she served as a trial team leader and the lead attorney assigned to the Sex Crimes Investigative Unit, advisor to the Evidence Unit what would now be called CSU. During her tenure with the Prosecutor’s Office, she prepared and tried numerous criminal cases including those involving murder and the death penalty. She now concentrates on criminal defense matters especially those that involve forensic issues and litigation, including 42 U.S.C. §1983 civil rights cases, plaintiff employment discrimination and gender harassment. But her practice also envelopes cutting edge social issues. She litigated the first case in New Jersey concerning LGBTQ rights of a decorated police officer harassed because of gender reassignment, and has numerous reported opinions involving civil rights, discrimination, sexual harassment and whistleblowers before the federal courts and the New Jersey Supreme Court. She has been involved in a number of high-profile cases including the hung jury of Phillip Spector and was portrayed by Screen Actors Guild winner Helen Mirren in an HBO movie written by David Mamet. She has appeared as a legal guest commentator in numerous other media/television outlets. She is currently an anchor Host for the Law and Crime Network, LawandCrime.com. Some of her high-profile clients have included Jayson Williams, Phil Spector, Michael Skakel, John Paul House, Aaron Hernandez, Casey Anthony, socialite Gigi Jordan and actress Linda Evans. She is most proud of her pro bono work in cases like John Paul House in Tennessee who had spent 22 years on death row before she obtained a dismissal prior to his retrial after a SCOTUS reversal.

Ms. Kenney has an “AV” rating through Martindale-Hubbell in New Jersey, has numerous opinions in the New Jersey Supreme Court and federal courts, and has made new law with regard to civil rights and employment cases. In an opinion issued by the United States Third Circuit Court of Appeals, Ms. Kenney Baden’s work was characterized as “exceptional, fine and outstanding.”* Additionally, a New Jersey Court in in a high-profile civil case, praised Ms. Kenney Baden and her co-counsel as “extremely capable” for their “persistent, extraordinary efforts and the results which they obtained”.* The late Johnnie Cochran, in his book “A Lawyer’s Life,” wrote that Ms. Kenney Baden was a “brilliant New Jersey attorney.” *These are excerpts of judicial opinions from specific legal disputes. They are not an endorsement of my abilities.

Ms. Kenney Baden has been very active with professional, service activities and political activities. As a magna cum laude and Phi Beta Kappa political science graduate with her thesis on the Middle East, she has interest in current events and politics. She has co-run local political campaigns in New Jersey, run for delegate for national presidential candidates, and has been elected a delegate and whip in a national political convention. She was appointed to New Jersey Governor-elect Jim McGreevy’s transition team. She served on the Brookdale Community College Board of Trustees and then the Brookdale Community College Foundation as its Chairperson. She was appointed Chairperson by the late Honorable Chief Justice Robert N. Wilentz of a District Fee Arbitration Committee and has also been appointed a mediator for the Federal District Court of New Jersey. She has served as a Master for the C. Willard Heckel Inn of Court sponsored by Rutgers University. She is now a Fellow in the American Academy of Forensic Sciences, and former program chair for the Jurisprudence section. Ms. Kenney Baden is a Faculty Participant for the Trial Advocacy Workshop at Harvard Law School and has lectured in China to the Public Security University (Beijing), Croatia, Singapore and Kuwait. She is Co-Founder of the sports law website www.SportsCourtMedia.com and has been a blogger for the Huffington Post. She is also the author of two thriller novels with her husband Dr. Michael Baden – “Remains Silent” and “Skeleton Justice.”

She is active in wrongful conviction work. Since 2014, Ms. Kenney Baden has been Co-Chair of the Wrongful Conviction Committee of the Criminal Justice Section of New York State Bar Association. She also has assisted the Innocence Project with non-DNA forensic issues in a number of cases including the 2016 not guilty verdict for Anthony Wright in Pennsylvania. She was admitted pro hac vice in Tennessee to represent Paul Gregory House on a pro bono basis regarding forensic issues after his conviction was reversed by the United States Supreme Court. The charges against Mr. House were dropped after he spent twenty-two years on death row.

Cases in the News: